There were 6100 MOA members registered for this year's rally. Early attendees are requested to do volunteer work in advance of the official rally days. I arrived just after 9am on Monday. I had already organized a volunteer assignment helping to make signs. I had no idea there were so many signs required.

Arriving early allowed me to snag a prime campsite in the tree line where there was some shade as opposed to the open field. As you can see, there was a farm right behind the tree line. 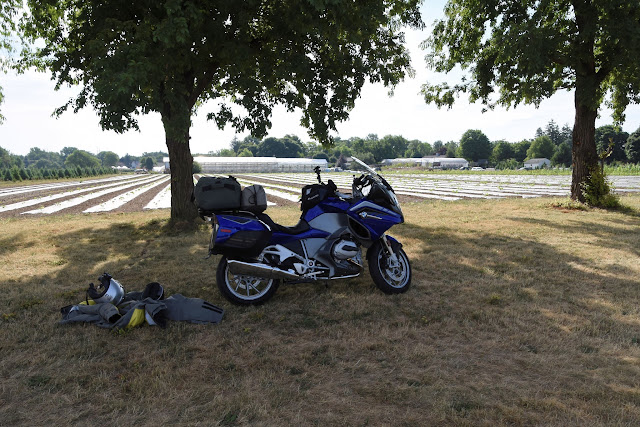 Every morning, from 6 to 10, coffee was available. Donations went to a charity. 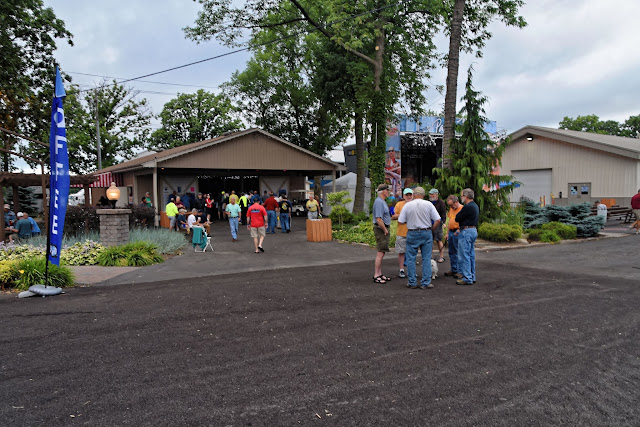 The campground was not very full at this time, but most of these folks were well-known MOA Ambassadors. 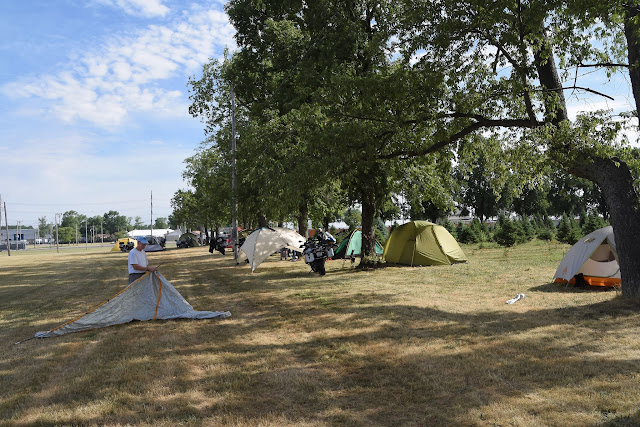 There were a large number of BMW trikes. 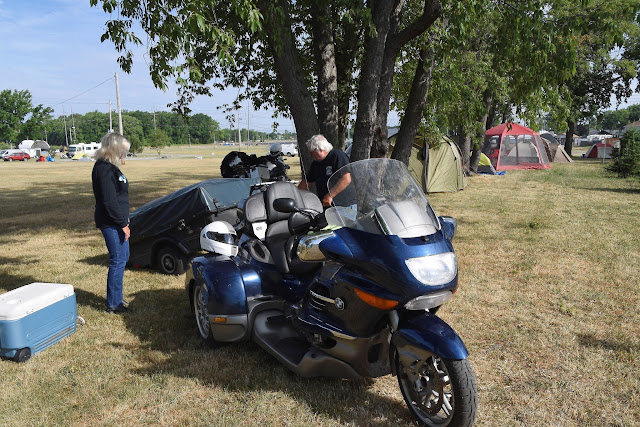 I saw a trailer holding a few classic bikes. 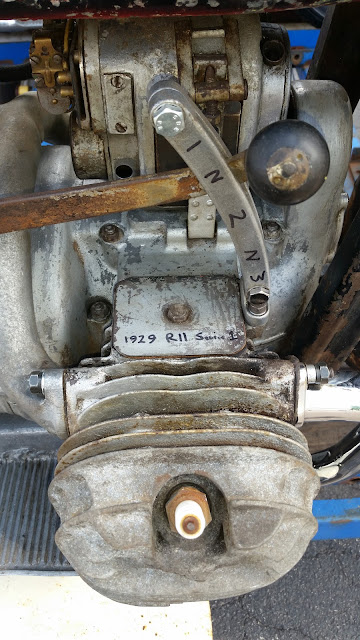 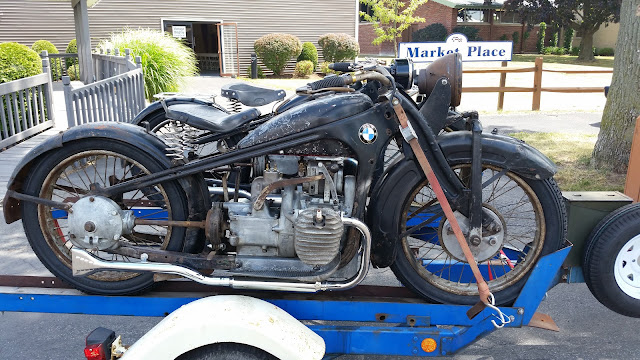 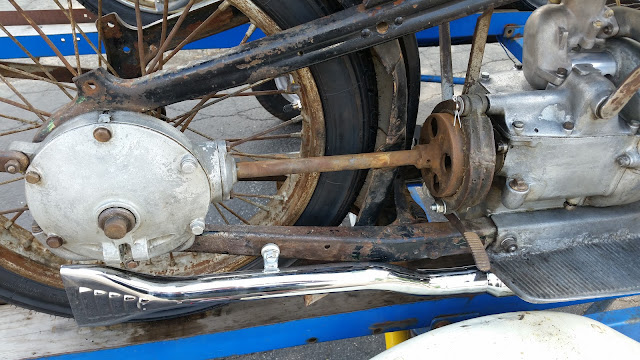 An open field would soon fill up. 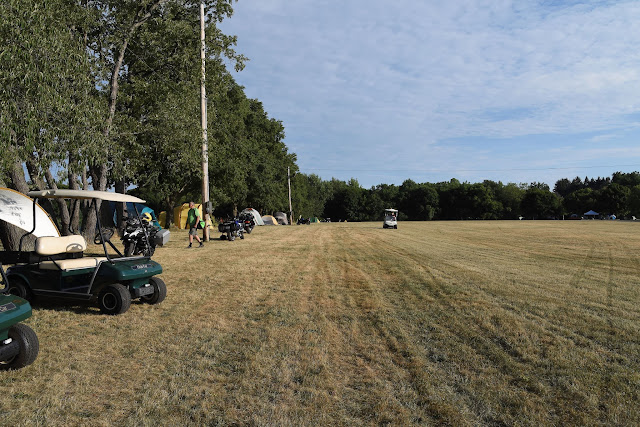 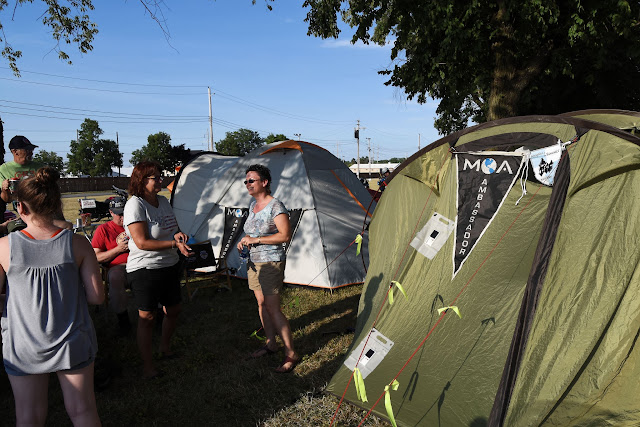 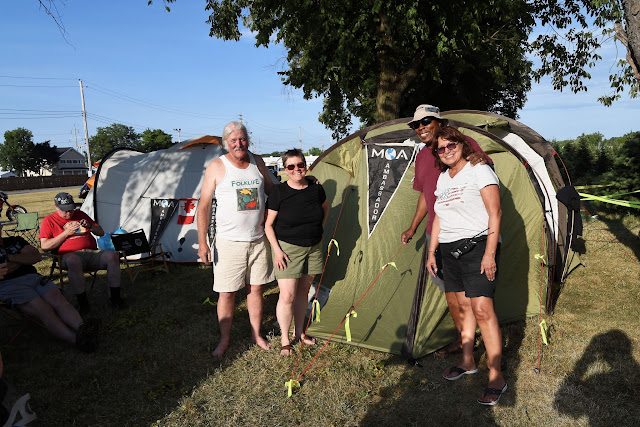 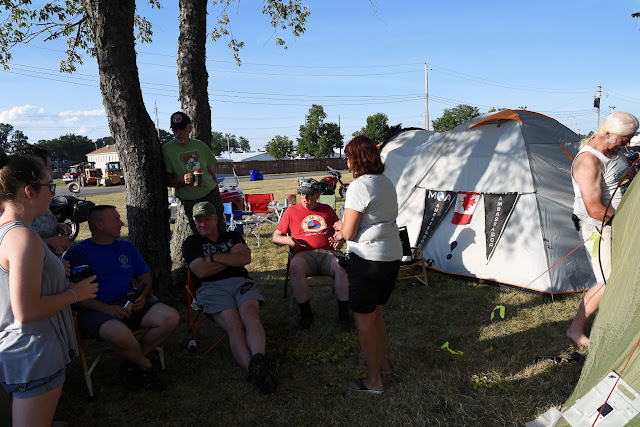 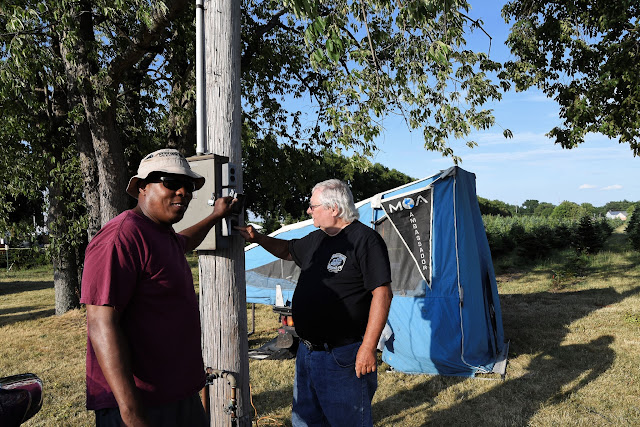 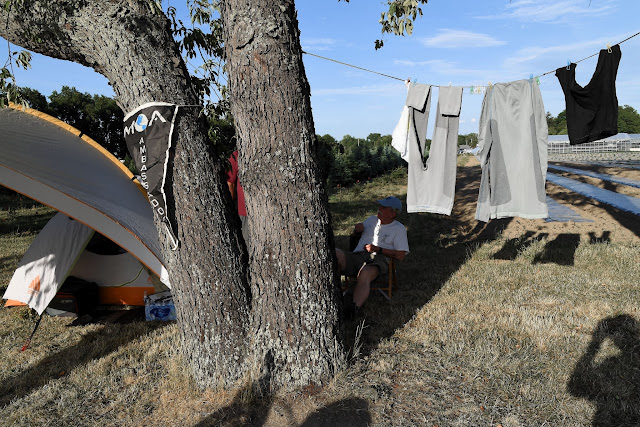 There was some entertainment every night. This Creole singer conducted a Gumbo cookout with audience members invited to stir the pot. This lady was very entertaining. 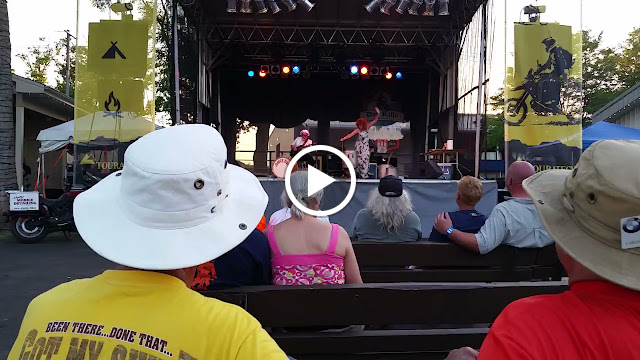 The Sherpa tent company rents out these tents as a sort of temporary hotel. You just ride in and there is your tent, cot, and everything else. 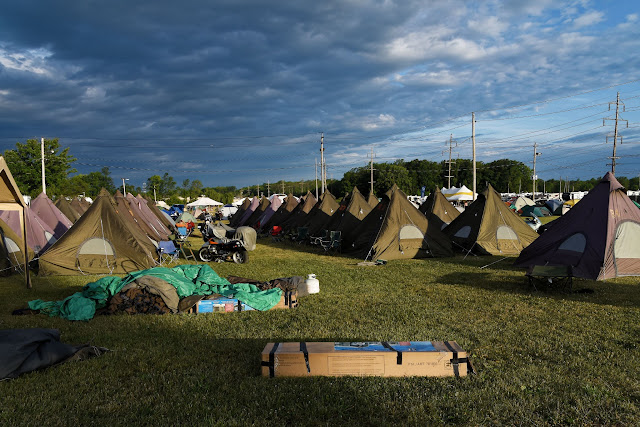 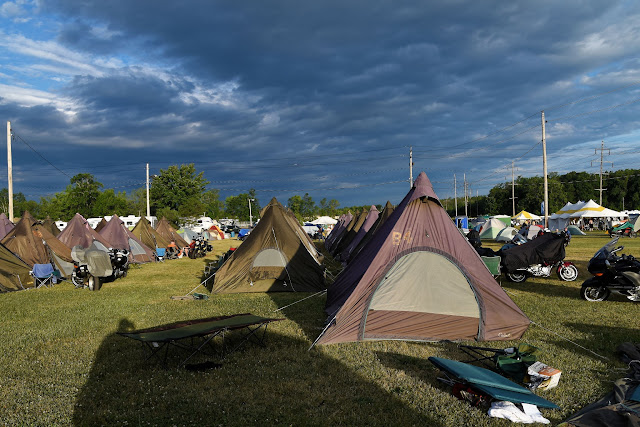 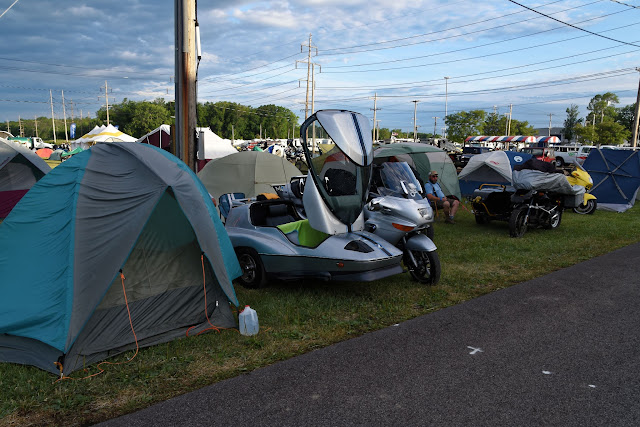 You have to expect a little weather. Quite the blow came in at about 1 am and blew down my tent. Luckily, it popped up again with a little encouragement. I had to reset the guy lines and went back to sleep. In the morning, I saw some other damage. 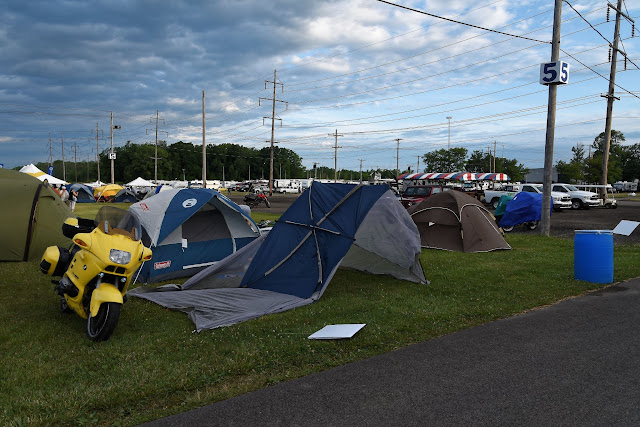 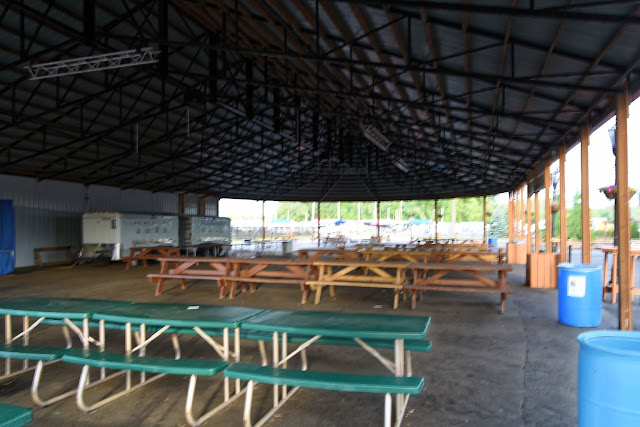 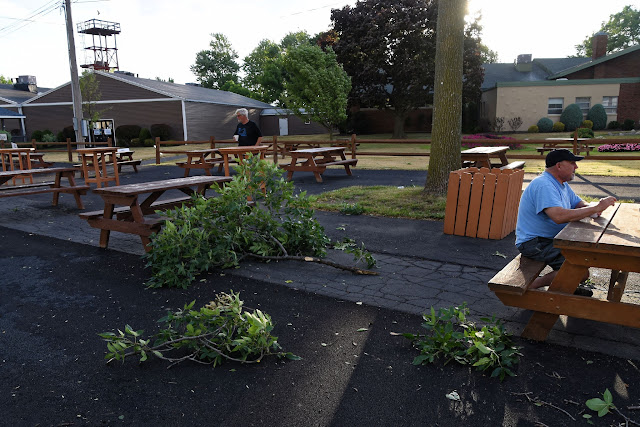 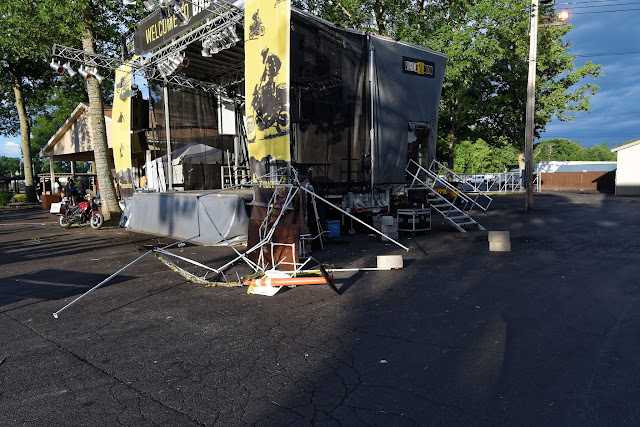 And, bikes just kept rolling in. 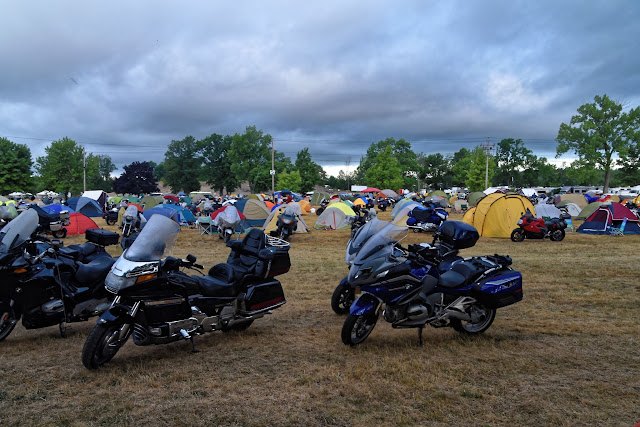 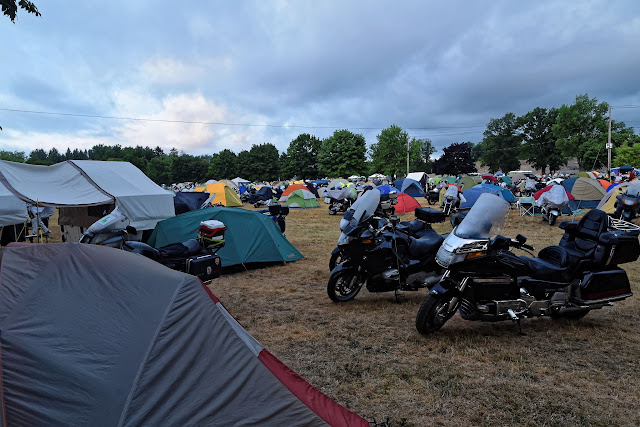 If you waited later than 6 am to get your shower, you had to line up. I tried to shower between 4 and 5 am and never had to wait. In addition to these showers, there were two semi-trailers with 16 stalls each. I preferred to use them. 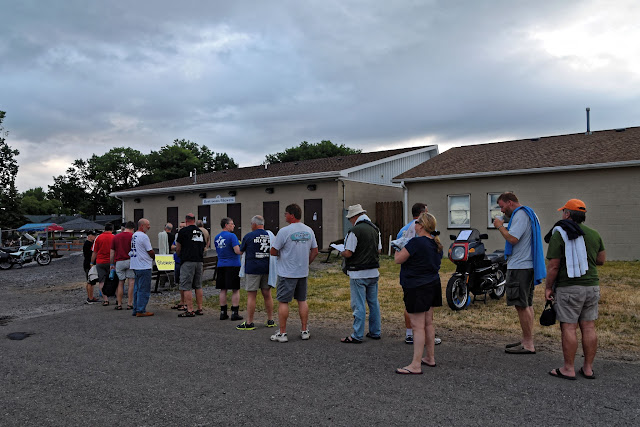 This was my first rally and I really enjoyed it.
Posted by Unknown at 9:42 PM 11 comments: