Today was a nice weather day. Sorted out the garage.

Transferred old gas to the minivan, refilled with Shell high test, no ethanol, started up relatively no problem.

Bike felt heavy as I manhandled it in the garage, but I did it

Found a lot of stuff I had stored last fall, but not all, will look again tomorrow.

Not really in a hurry to ride, but want to be ready.

Wide and Wild and Sunsets

Hey! I did two posts today, this one and an earlier one, so do look at the list of posts so you see it all! Come on, you know you want to!


It's midnight and I need to direct you to my Flickr albums for today. Have a look, you will probably like at least one of the many many shots from today. 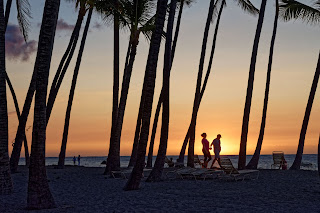 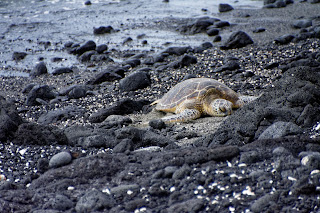 I know I sent some emails out with a link to a sunrise shot. I was sure I make a blog post, but it's sure not here now. 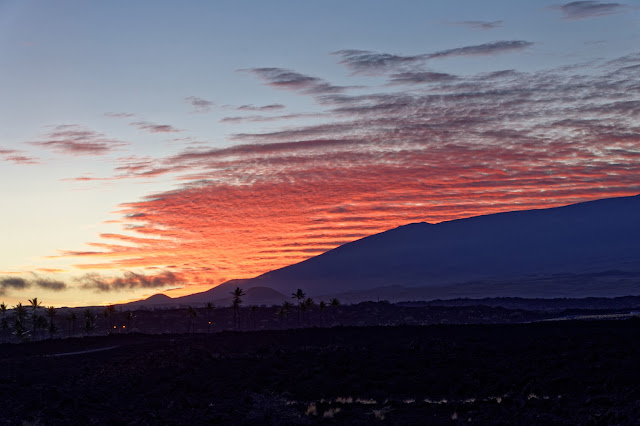 So, here it is, my best sunrise near Mauna Kea. I hope you like it.
Posted by Unknown at 7:59 PM No comments:

Suzanne and Jeff had a wedding...

The event is over, and it was a wild success!

The photographer was a Canadian expat, originally from Winnipeg, now renting his house in Chilliwack, who lives and works here in Hawaii.

The official who conducted the wedding is an American who is one of those gentle persons who respects the occasion, takes an interest in the people, and who did a fine job. He conducted the ceremony with respect to Hawaiian rituals. Done on the beach, it was a small group of us who enjoyed that ceremony, its informality, beautiful simplicity, and exquisite sincerity.

I have never enjoyed a wedding so much. I know Suzanne and Jeff had a great time - when you look at the pictures, you will see this, I'm sure.

You will also see the antics of Emma and Becky. They were the models for some sunset photos last week and they are natural models. They know how to have fun. Not for formal posing for us photographers, no, for being young and exuberant, and playing off one another, just went for it. They knew they were being funny, and wanted to make Suzanne and Jeff smile and laugh while the pro did his portraits and while I captured the overall scene to share with all of us, you, whoever wants to celebrate this event with us. They even co-opted Ryan into the fun.

I told Dianne I thought I took about 100 shots. That was an estimate that would have made this shoot the largest, longest, most technical, most equipment intensive I ever attempted. Yes, I made mistakes. But by shooting in RAW mode, and using DxO as an editor, I was able to recover most of the errors. And, the number of deletions of out of focus shots was very small, for the first time ever. The Flickr album has 147 shots; you can see them here: The Wedding Album

And, my favourite photograph is: 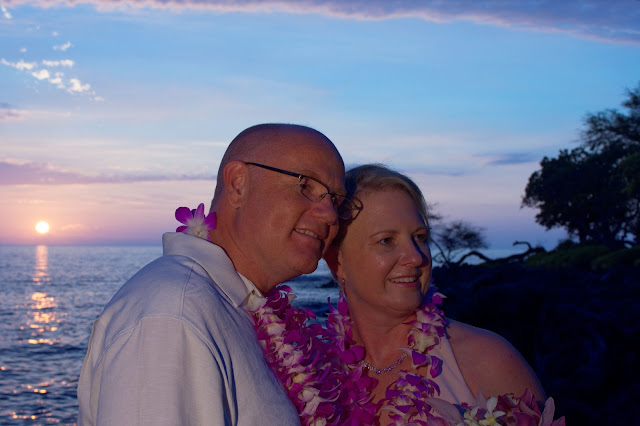 There is a saying that it does not matter what camera you have, you will take the same pictures. I was beginning to believe that. It scared me right down to my toes. I felt I had topped out. Where was the fearless and good photographer that my friends relied on to take photos at their weddings back in 1970 and 1980? I did a creditable job with an Olympus Pen D half-frame 35mm camera, a Minolta SRT-100, and a Minolta XD. I have done only a fair to middling job with a set of Nikons, a D80, a D90, and now, finally with my 6 month old Nikon D7200 I have my photographic mojo back and I am delighted it happened in time for my daughter's wedding to Jeff. It's not just the adjustments on the camera, but the adjustments possible in the editor I use, DxO. It takes a while and a lot of mistakes until you start to get it right!

There is a story to how the shot above was taken. I read a  book by the master of fill-flash, Joe McNally. He knows Nikon stuff and photography in general, and leaned it the hard way. At dusk, with a water background, he suggests you setTungsten light White Balance on your camera, as per indoor incandescent lightbulbs (before LEDs), which makes the sky and water nicely much bluer. Alas, it makes skin blue too. You need to use a low-powered flash to light the skin, and that flash has to have a gel filter, a special orange (CTO), to make the skin look right. Sounds simple, it's not, but damn, he is right, it works!

And, if you want to see the rest, go to my Flickr site which is:


I hope you like the shots from this significant (to our family) event. We all did. And, the filet mignon at Ruth's Chris was quite tasty.
Posted by Unknown at 2:37 PM 8 comments:

See my Flickr albums for 91 new pics of the Big Island:

There are two albums for these shots. One has conventional processing, the other has DxO 10's one-shot HDR processing applied for a bit more High Dynamic Range. If you like a bit of posterization effect, that is the album for you! I prefer a pic to look like a photograph, but the customer, my daughter, wants to choose, so Daddy tried to comply.

Well, I should not ask you to work too hard, so I will add a photo or two.

Since this is also about motorcycles, I met this group of fellow MOA members today, at the extreme north end of the island: 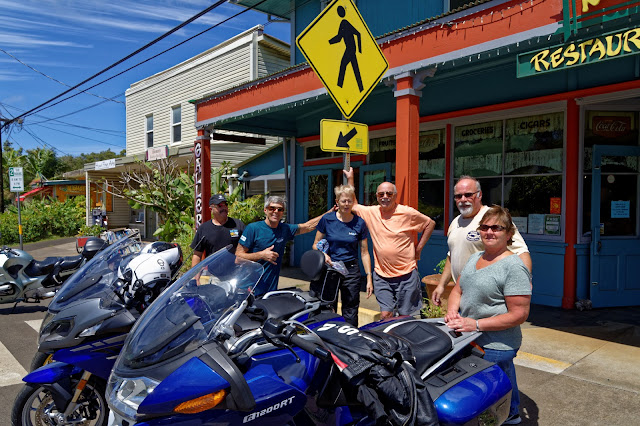 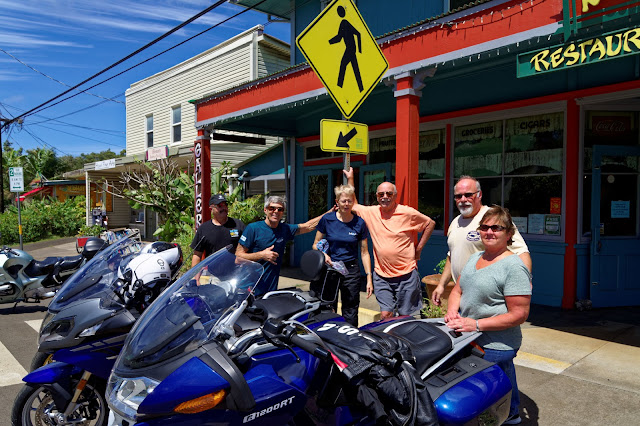 Not too much difference in this shot, but some others do show more HDR effects.
Posted by Unknown at 4:25 AM 3 comments:

Went to the beach yesterday at 1745 to take some test shots. Becky and Emma agreed to be models and they both seemed to really enjoy themselves. 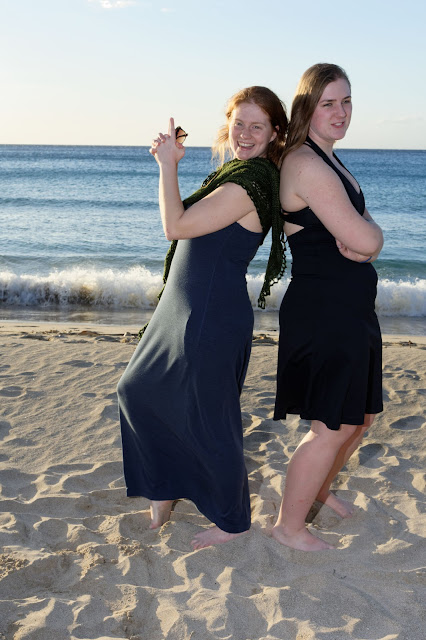 They were having fun and I appreciated their cooperation. 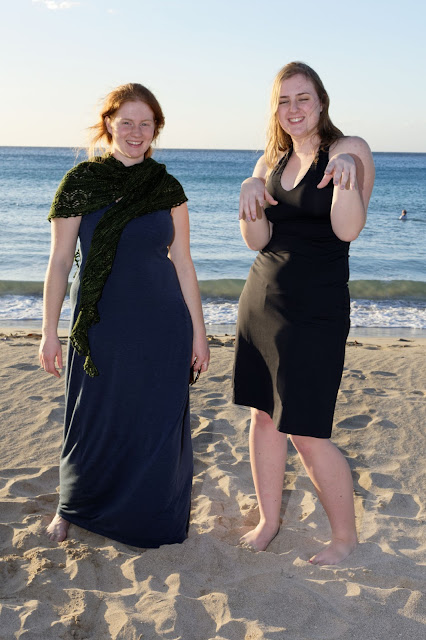 I was experimenting with a technique where you set White Balance to Tungsten, which makes the sky and water more blue, which is goodness. On the other hand, it makes skin a bit blue. You correct that with a speedlight flash unit with an orange gel (tungsten light is produced) so the skin tones look good. I did this a bit too early, but here is an example: 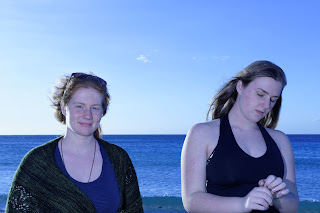 The sun had not yet set, the small flash was overpowered. I will use the technique a bit later in the day for the wedding, but will use care.

I have a new appreciation for how hard it is to take stunning pics with a strong wow factor.

These shots might not quite make that grade but they are the best of recent days attempts at sunset and sunrise. 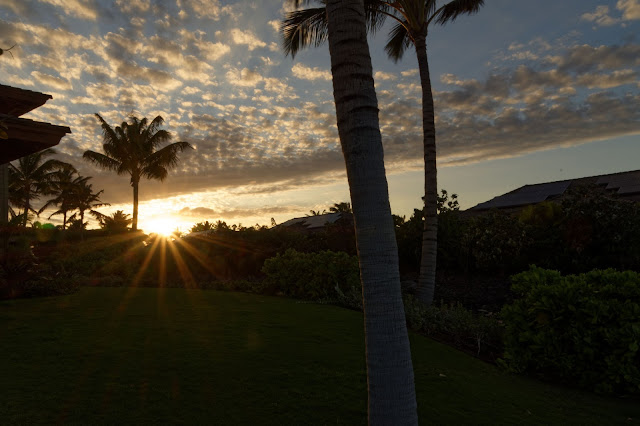 Wednesday afternoon was windy, so we were at the house near sunset. Pretty much a grab shot but I was trying to get the metering right. I had been given some advice to meter about a third of the frame from the sun and it seemed to work. 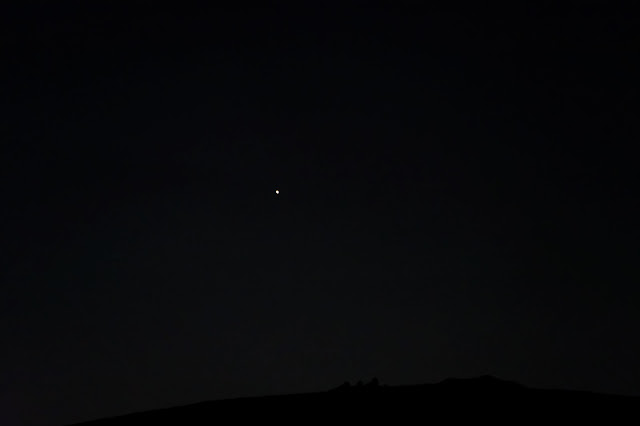 Venus over Mauna Kea, just after 0600. I was not expecting this at all. The smallest bumps on the mountain below Venus and to the right are the observatory domes, Keck and others. Pretty hard to see on my laptop; hope your monitor gives better results. 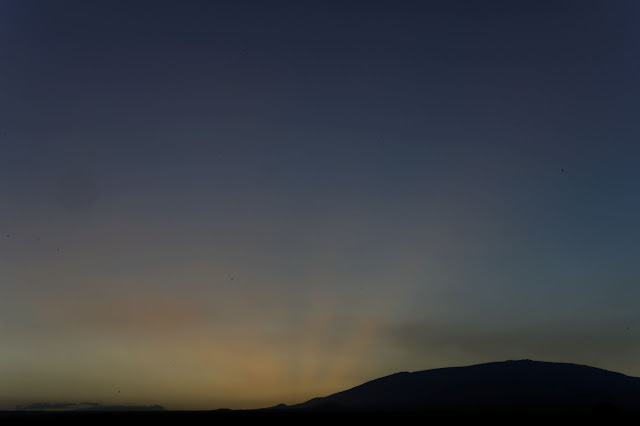 As you can see, today there were few clouds in the sky. The sun is about to rise, but when it does, it is pretty well just a circle with little of interest. Maybe tomorrow will yield a better shot.

At least I have found a nearby location that is promising. Will finesse the exact spot tomorrow and see what happens.

I am enjoying getting up and out and watching the sunrise. Did not expect to see Venus right over the mountain. Will get there just a bit earlier tomorrow and see how the big lens fares. I'm hoping to get Venus and the domes tightly together.

Aloha! to my faithful readers.

Yes, back in Hawaii, for the third time. A very special trip as my daughter Suzanne will marry Jeff on a beach in a few days. Obviously, no pics yet, but there will be!

Yikes, it looks like my last post was way back at the end of November. Sorry about that.

Today is very windy. When I set up my carbon fibre tripod, the wind blew it over. Luckily, the camera and big lens was still in the car trunk, so no damage. I took a series of shots, and will show you a selection. They were shot in RAW mode and processed in a fine program called DxO
[ DxO 10 ] applying a bit more exposure, while watching the histogram carefully. Only the centre of the sun's disc is blown out... .

I would have preferred a few more clouds to obscure the sun a bit. But, this is the best we can do now. I will try to get up early again for the next few days and see what happens. 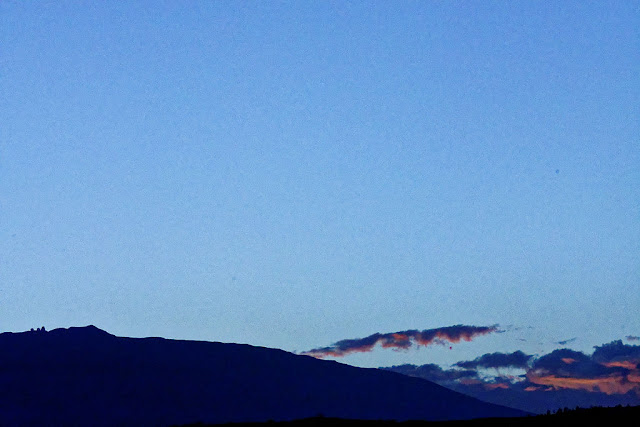 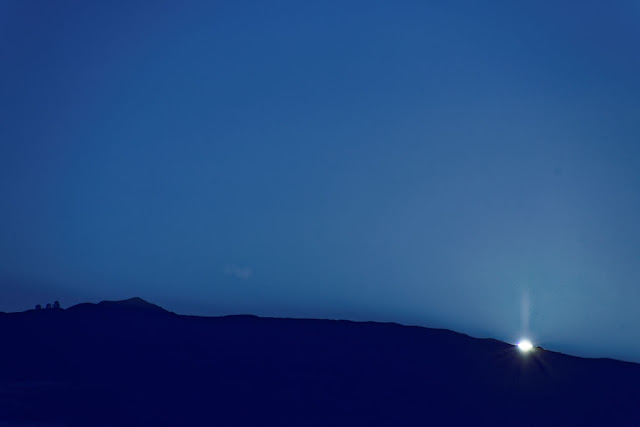 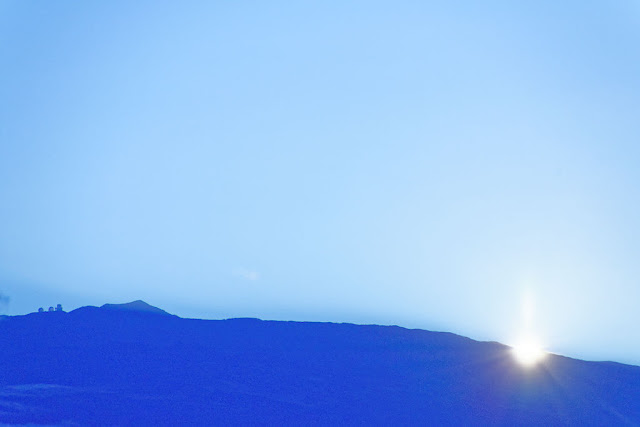 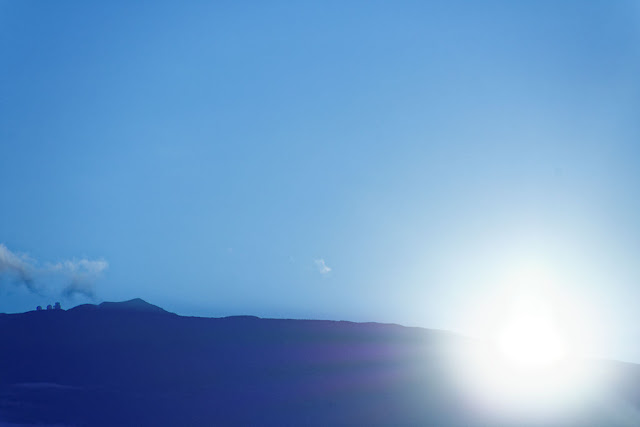 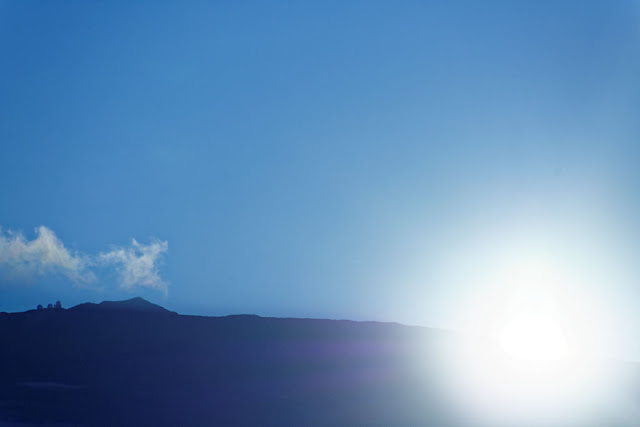 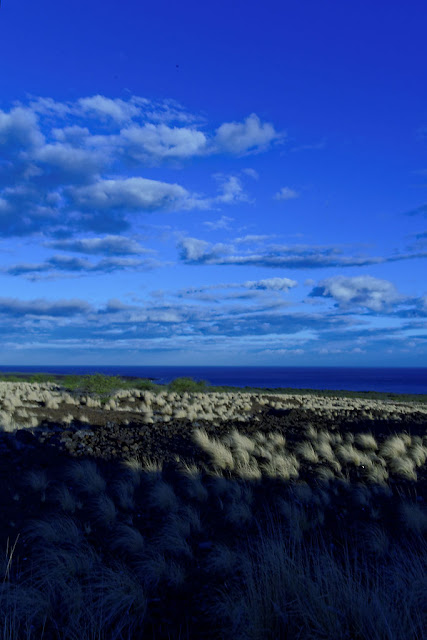 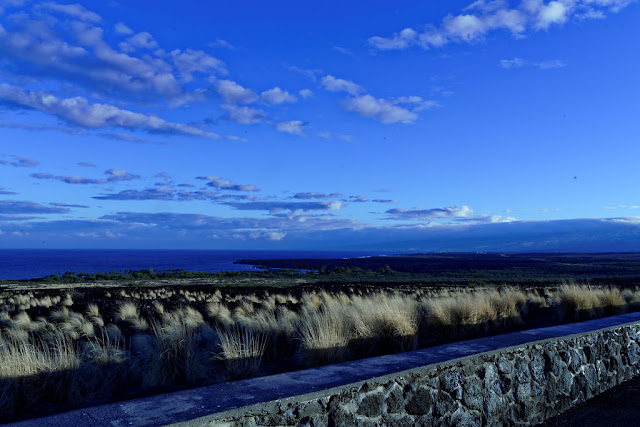 And that's all for now.