June has been busy...

Only one ride, main on-suite bathroom reno completed, birthday for daughter, concert for granddaughter. Stories and pics below.

After lots of gofer stuff during Marek's reno work plus outdoor stuff both sides of the pool, I took a ride on a local curvy road. The new tires really worked well. I entered a curve signed 30 km a bit faster than that, leaned a bit more than usual and was through it with no drama. I did feel the road on the left side of my boot sole for a gentle and short kiss, but that is likely because I did not have the boot as close to the engine as it should have been. Did not feel the peg feeler touch down. Dar might want to tell her students about boot / peg positioning.

The bathroom reno went really well, thanks to Marek. He has now done all of them. In the en-suite, we kept a tub and put in a rain head as well as an adjustable wand. The vertical niche is a new product from Kohler called a Shower Plinth. Marek recommended it and we were happy to take his advice. 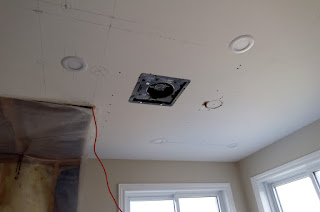 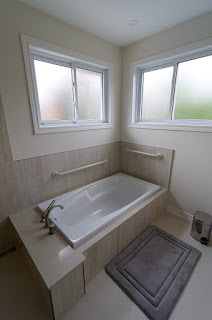 Tub before shower glass is installed. 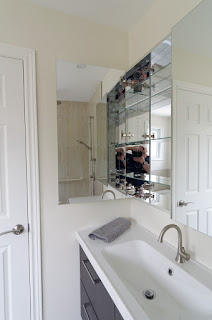 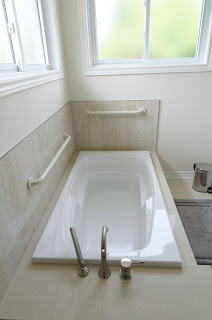 Installed grab bars because we are getting older. In the shower too. 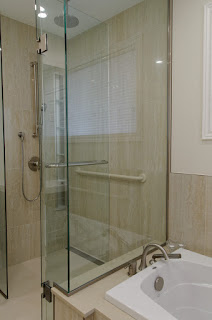 The shower fixtures are Riobel, made in Quebec. Excellent stuff. 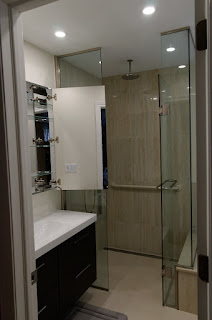 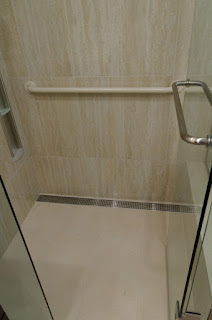 The drain is known as an infinity drain, no barrier to entry as shown in photo above. We now have three of them and they work great. The trick is to shave the joists under the floor so as to create a slope.

Outside, behind the pool, I had torn out the deck last Fall. Now, we had soil and mulch added to clean it up. Looking good now and  Dianne is eager to get her flowers planted.

I had to add a bit of concrete behind the pool steps to accommodate the straps that will hold the mesh-style winter cover we will install in September. That meant replacing some deck structure and deck boards. I ended up sanding the whole same-level area and applying protector. Looks much more uniform now. 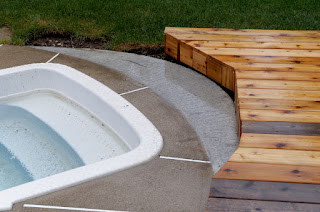 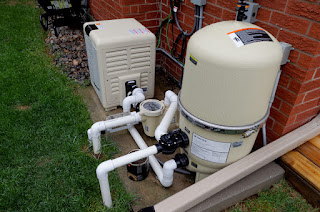 See the pool equipment. Not so cheap. 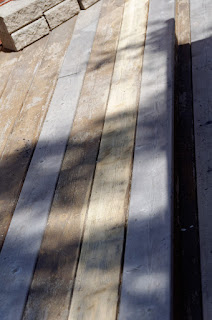 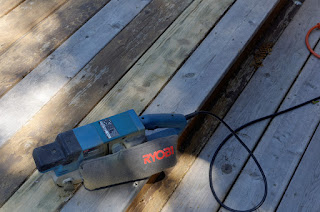 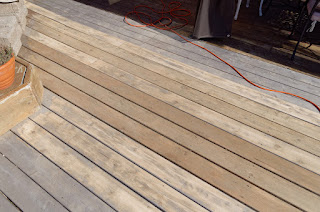 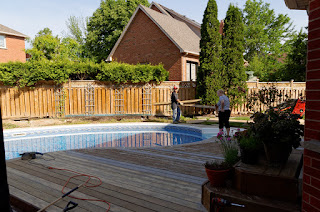 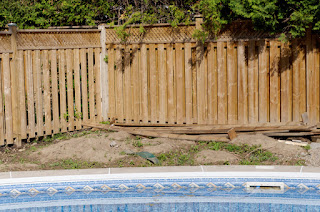 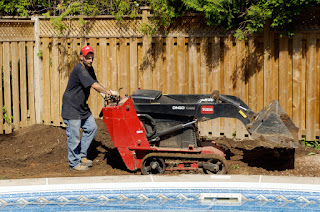 Back of pool needed grading. 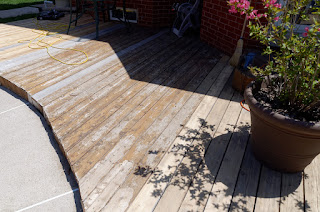 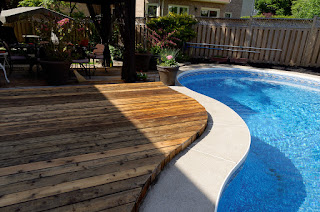 Ugly deck before and after sanding plus clear protector. 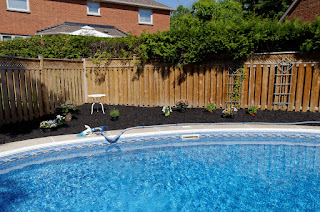 Back of pool will be great in a very short time. 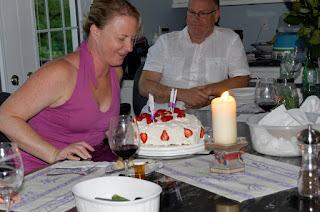 She got them all with a single try! 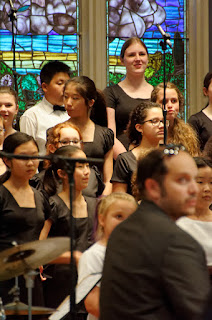 Emma really enjoys her choral group. They do a terrific job. 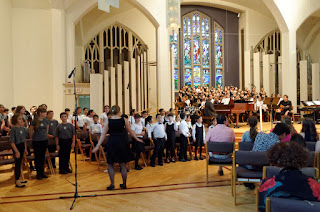 How they get hundreds of kids from 3 to 17 to all sing so wonderfully together is just amazing!

You can hear it for yourself!