A Tale of Two Coffee Makers

About a year ago, we were visiting our daughter and discovered a new Saeco Syntia automatic Cappuccino maker on her countertop.

Dianne loved the coffee it made, so we ordered one a few months later, in early April.

But, Dianne did not like the foamed milk ours made. It was large bubbles rather than the nice foam from Suzanne's machine. So, I obtained a certificate for repair and took it to a depot. They found a problem and fixed it. Alas, it did not fully fix the machine.

I tried all the programming options but Dianne was not satisfied and did not want coffee from it from about last October.

She was right, the foam was not very good, and reviews on the web show that we were not alone in our judgement. Fortunately, we too had bought the machine from Costco, so a few days ago I returned it for a full refund. And, no hassles about it either.

So, I looked into getting a better machine and came across the Jura ENA 9 One-Touch. My friend Peter had told me about the I Drink Coffee store in Milton, just to the West. So, since they have a showroom, off we went for a demo. We both agreed this was the machine for us. Pavel did a great job of demonstrating the machine, and did a price match with a web site. Great store.  www.idrinkcoffee.com

So, here it is on our counter: 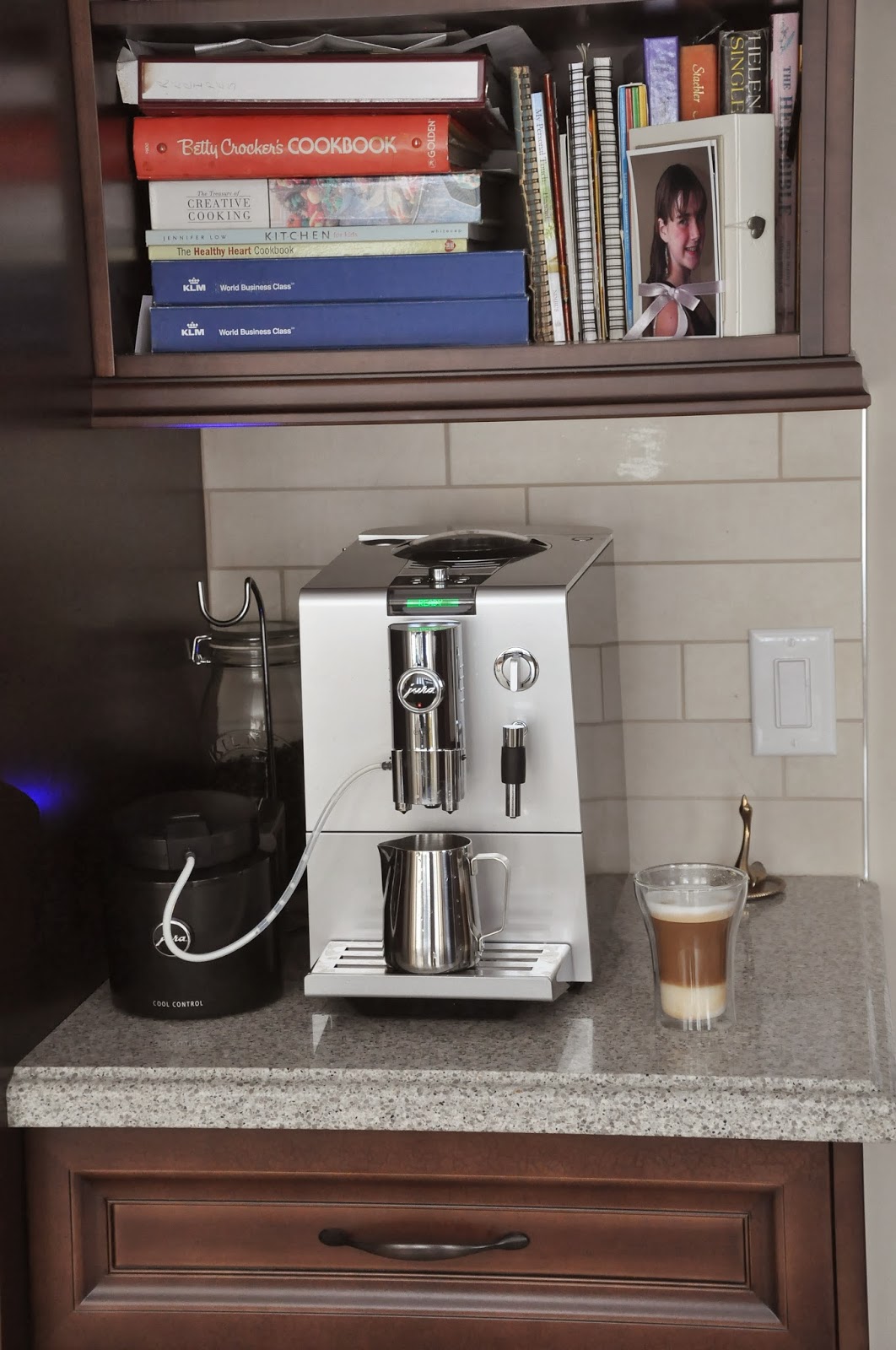 See that black item on the left? That is the milk cooler. It was included as part of the price match. It uses Pelletier effect cooling to keep the milk at 39 degrees F - which is the optimum temperature for milk frothing. Who knew? Works great and the micro foam is superb.

See the glass on the right? Yes, the one with the Latte Machiatto in it. Looks nice and tastes great. And, the glass is high tech too! It's made by Bodum, borosilicate glass, mouth-blown, double walled too! 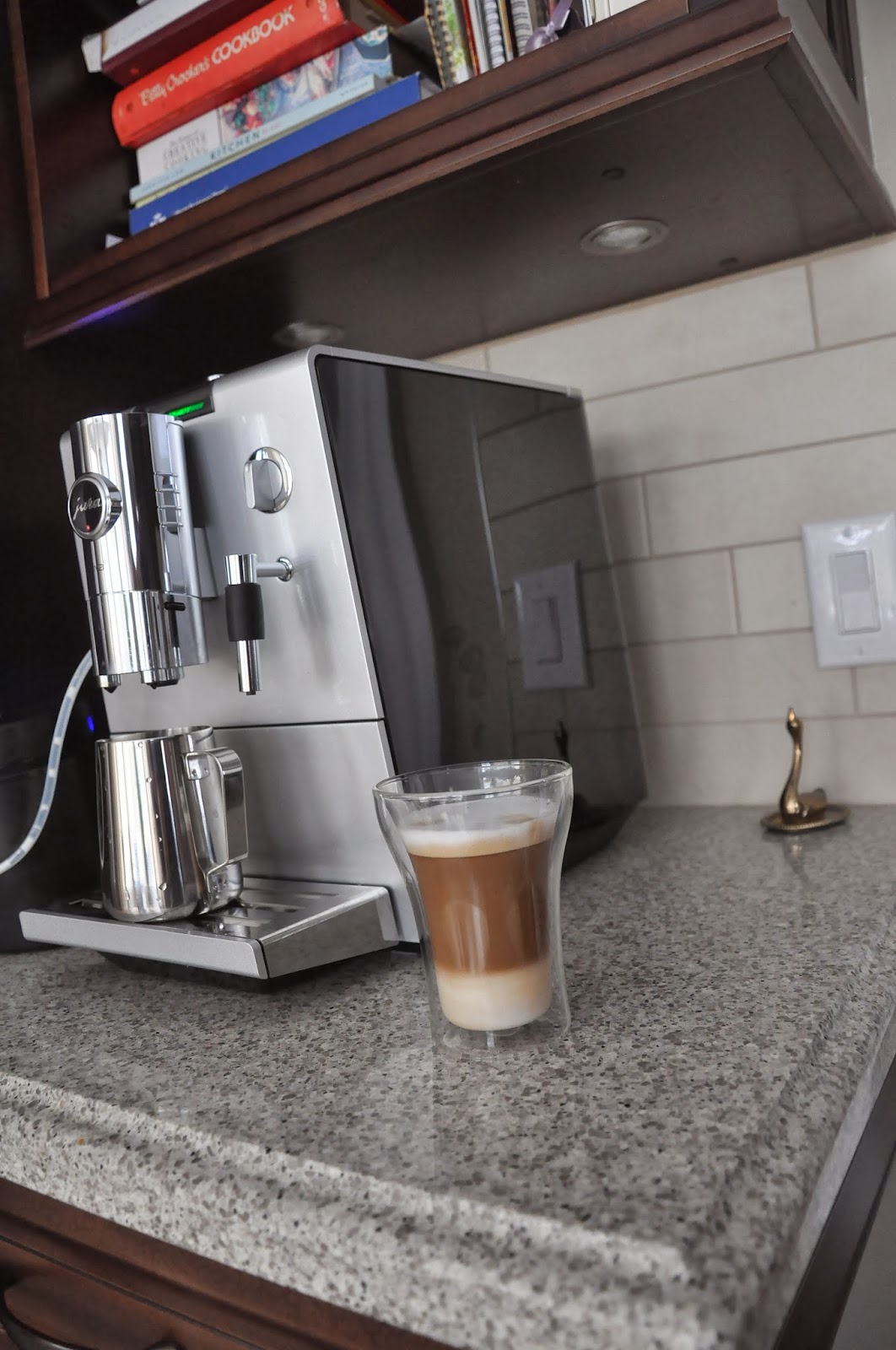 Dianne really likes the micro foam frothed milk made by this machine.

So, a good return, a good purchase.

Yet Another Reno Complete

Wow, what a year for renovations. We moved into our house in November of 1985. I have previously posted about the kitchen and Home Theatre renos. Now, I am proud to show you our latest:

Our daughter's bedroom was originally equipped with a bath, toilet, and vanity. Pretty good for a teenager, but it was looking pretty dated.

So, friend and contractor Rodney ripped out the old stuff and made the space ready for the bathroom renovator. 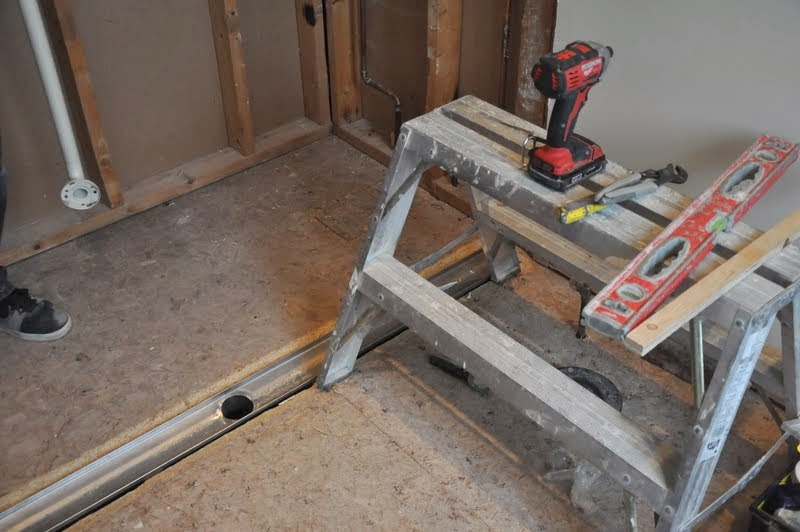 Here you can see the "Infinity Drain" that runs where the front edge of the bathtub used to be. There is no need for a threshold you would need to step over to walk into the shower stall. Since we have two other bathtubs (at least for now...), there is no need for a tub in the Guest Room. 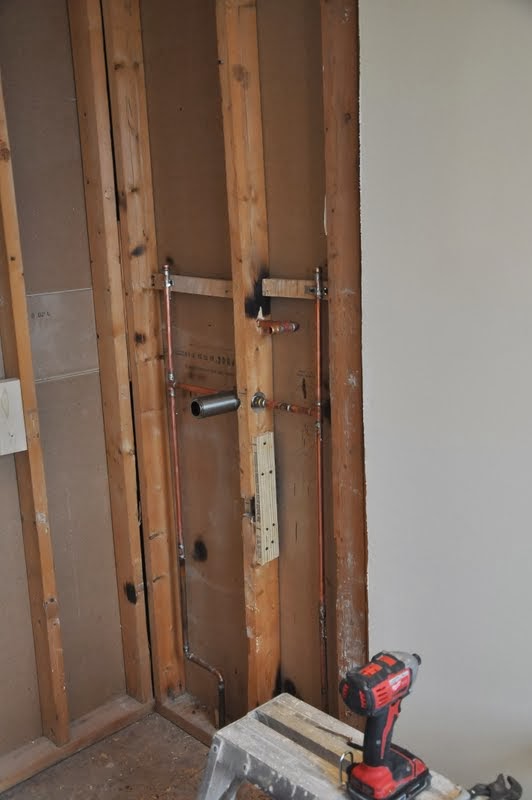 And, the shower plumbing roughin is shown here. We opted for a pretty simple set of high quality plumbing fixtures, which you will see later. 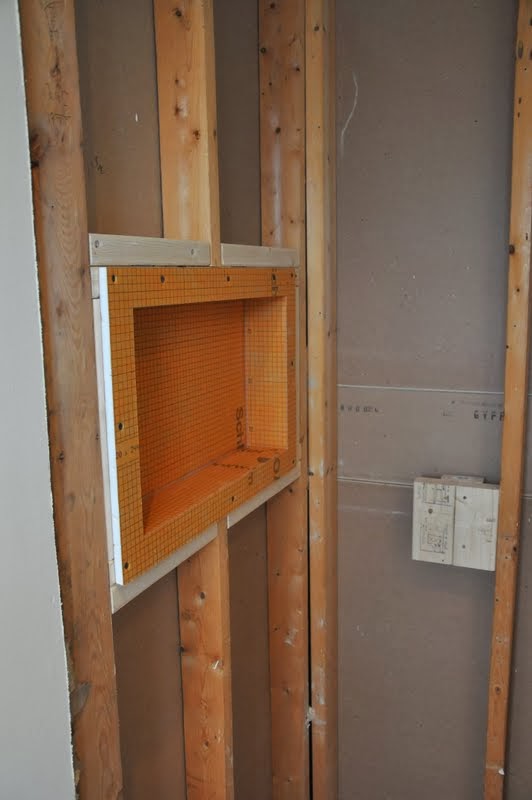 Schluter is a company that is known for its shower stall waterproofing products. They make a dandy wall niche for soap and shampoo items. 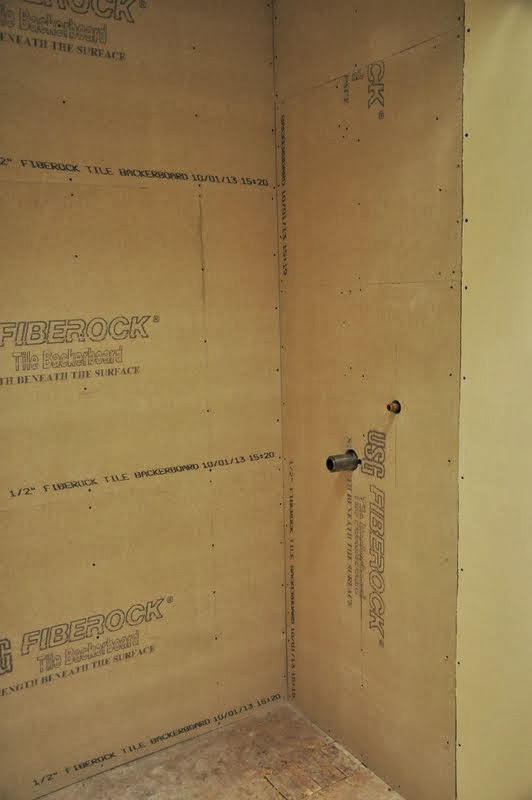 And, the product is installed on the walls and floor throughout. 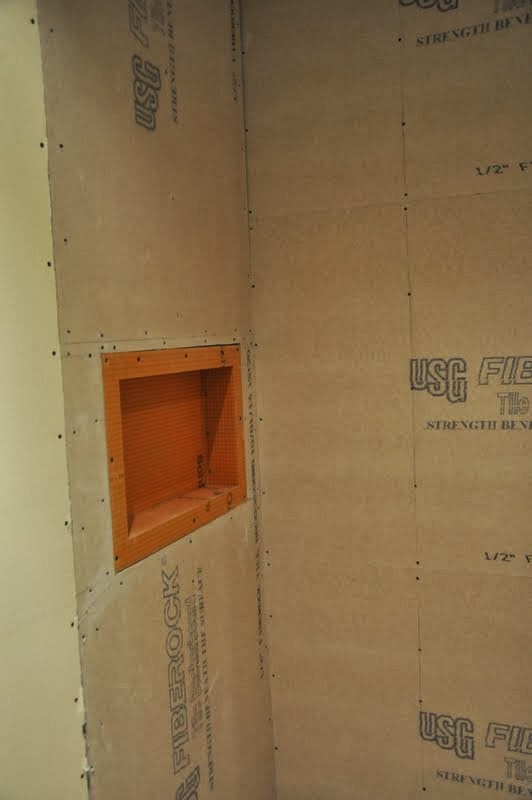 So, now we can see the tiles being installed. 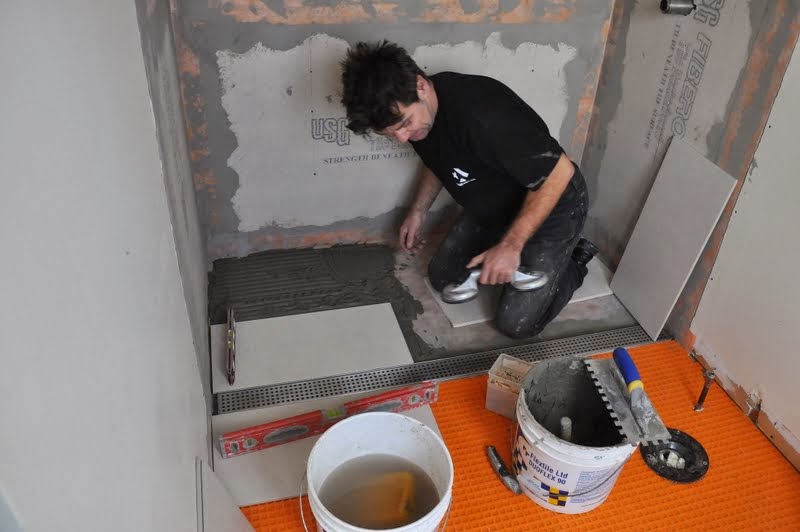 Marek is a perfectionist. He conferred with Dianne to ensure the tiles would be arranged the way she wanted (very intelligent, not his first tiling job) and got right to work. 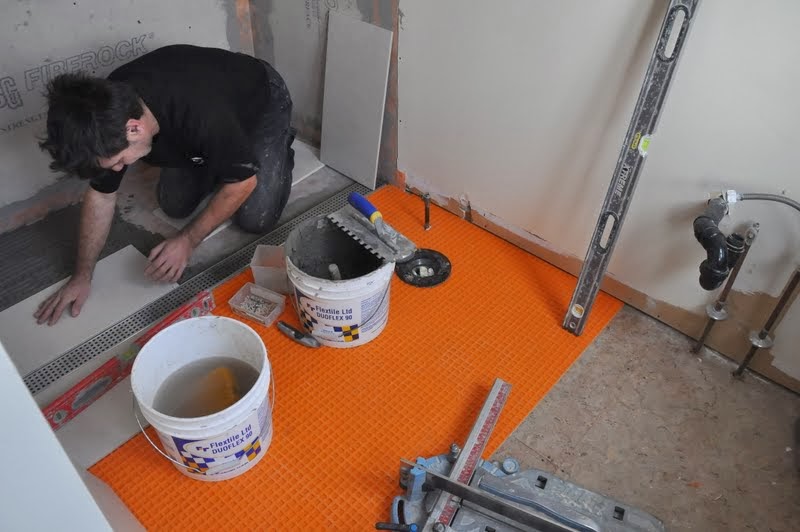 Notice the Schluter orange membrane on the floor outside the shower stall where he is working. 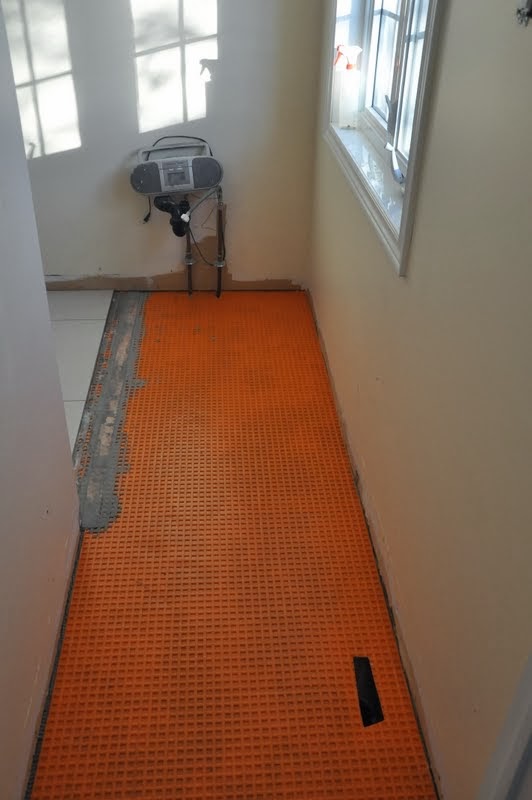 There is a short entrance hallway into the Ensuite, and Marek continued to work his way out of the room, tiling as he went. Otherwise, he would have had to stay over I guess... 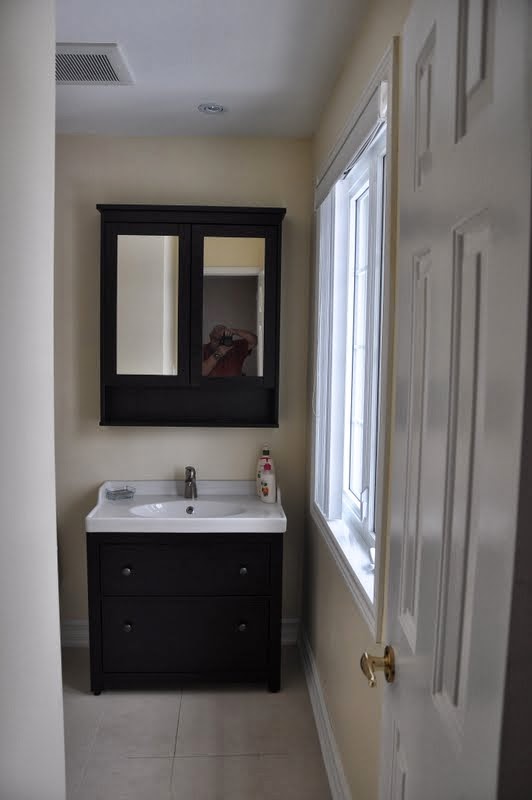 When the tiling was done and cement set up, Rodney was back to put in the vanity, then being the smart fellow he is, he was off to winter in Florida. The next day, I installed the upper cabinet. It was not nearly as hard as expected. I cut holes in the drywall, screwed in substantial pieces of plywood, and mounted the cabinet to the plywood for a secure attachment. 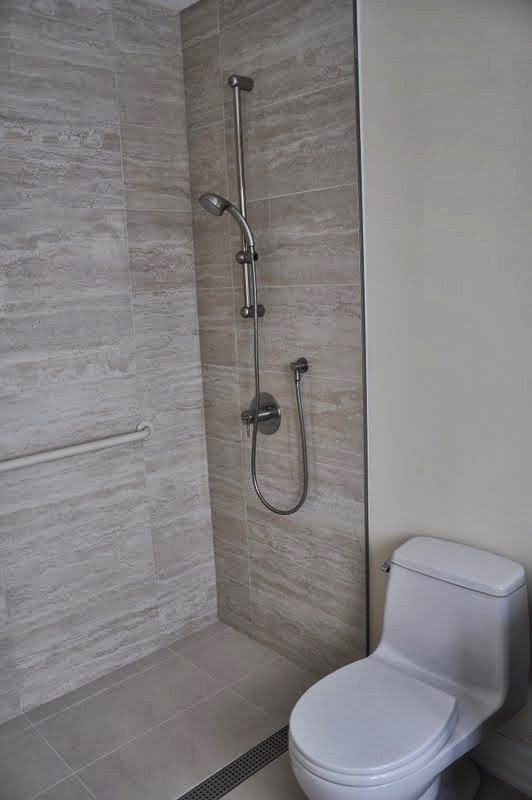 At that point, the shower stall looked like this. It needed a glass enclosure. We had looked at a number of solutions, some pretty fancy but excellent quality sliding panels suspended from a rail, for example, but decided to go with fixed panels and a hinged door. 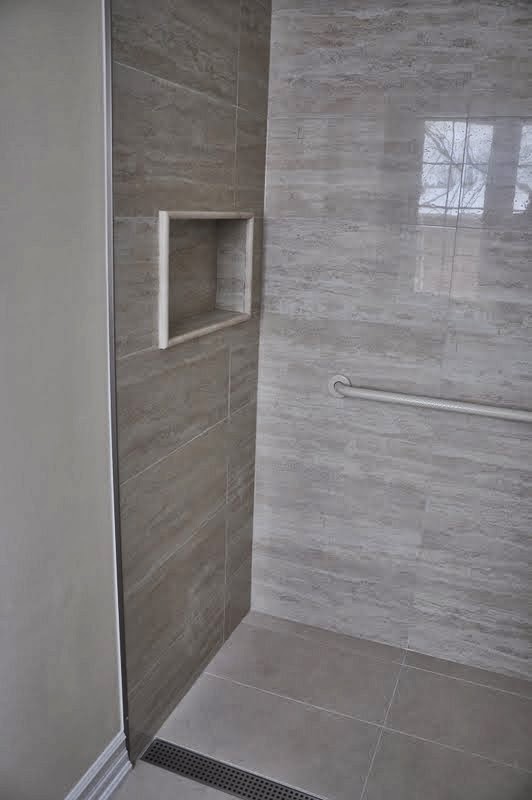 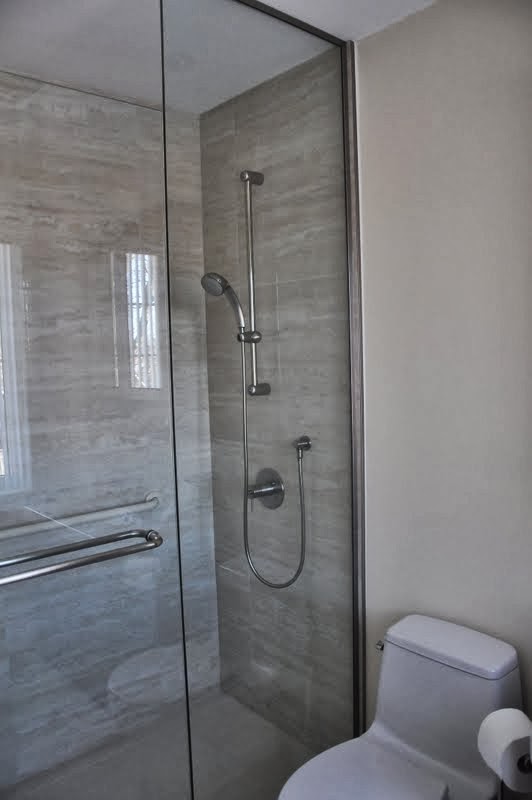 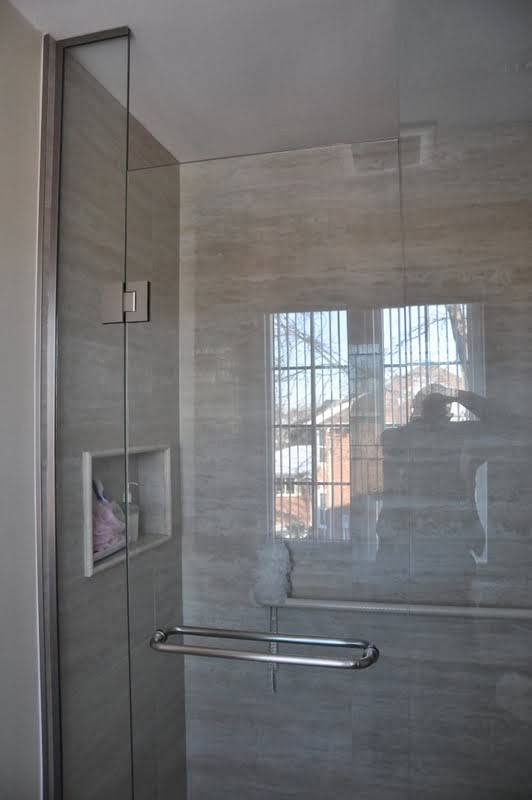 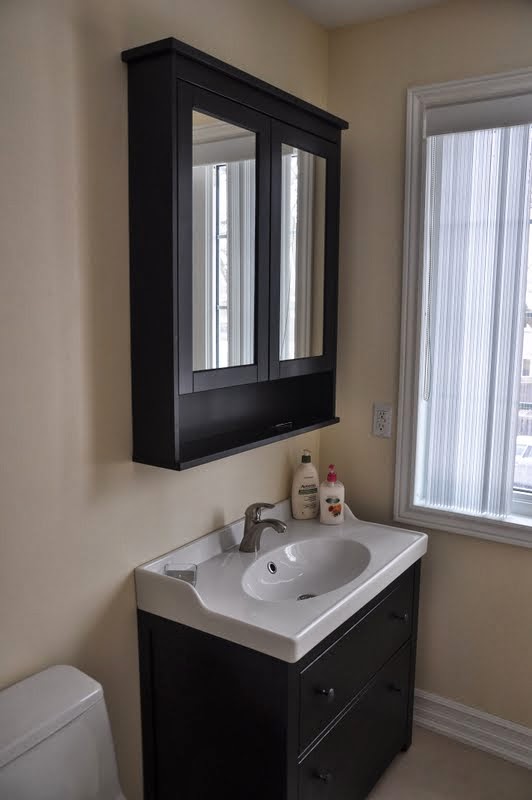 So, when my Wet Coast friend Bob rides in for his next visit, he should enjoy our latest reno. And, it's likely several other fiends will enjoy this as well.

Dianne does have plans for those other two bathrooms...